A few years ago, Jon Gold wrote about design being a process of divergence & convergence, and it’s influenced my design/creative process massively ever since reading it.

The idea is, you start somewhere small (idea, brief, assignment + deadline, etc), then explore many branching directions, then begin to converge around the better ideas until you reach your final product. Ideally, that’d look like this:

I think realistically, it looks something more like this:

Jon is discussing specifically graphic design in his post, but in my own work I’ve found the idea applies significantly to all kinds of creative work. Writing, I’ll try taking a piece in various different directions, eventually cutting tangents and streamlining and editing into something somewhat unified. Sketching a logo, I’ll try out dozens of small directions, highlight a few I like, keep iterating on those, eventually converging on one refined sketch. Coding, I’ll explore different ways of solving a problem, then eventually delete what I don’t need and streamline it into the best solution. I’d imagine it applies to other arts as well: in music production, trying various sounds that go a little too far, then cutting back to what feels right, or a similar process while editing video.

(According, coincidentally, to the computer screen of my neighbor at the library, divergence & convergence is a calculus concept as well. If I hadn’t gotten a C+ in calculus, I’d make some “interesting connection” here.)

In December, I needed to design myself some business cards. The design started simply, drawing color/style from my Notebook blog site. But it was obviously too boring, so I started diverging with different layouts and color palettes (credit to @byalicelee). Over time, I found the elements I liked more, and converged back to the final design (highlighted in red). You can see this structure in my Figma artboards: 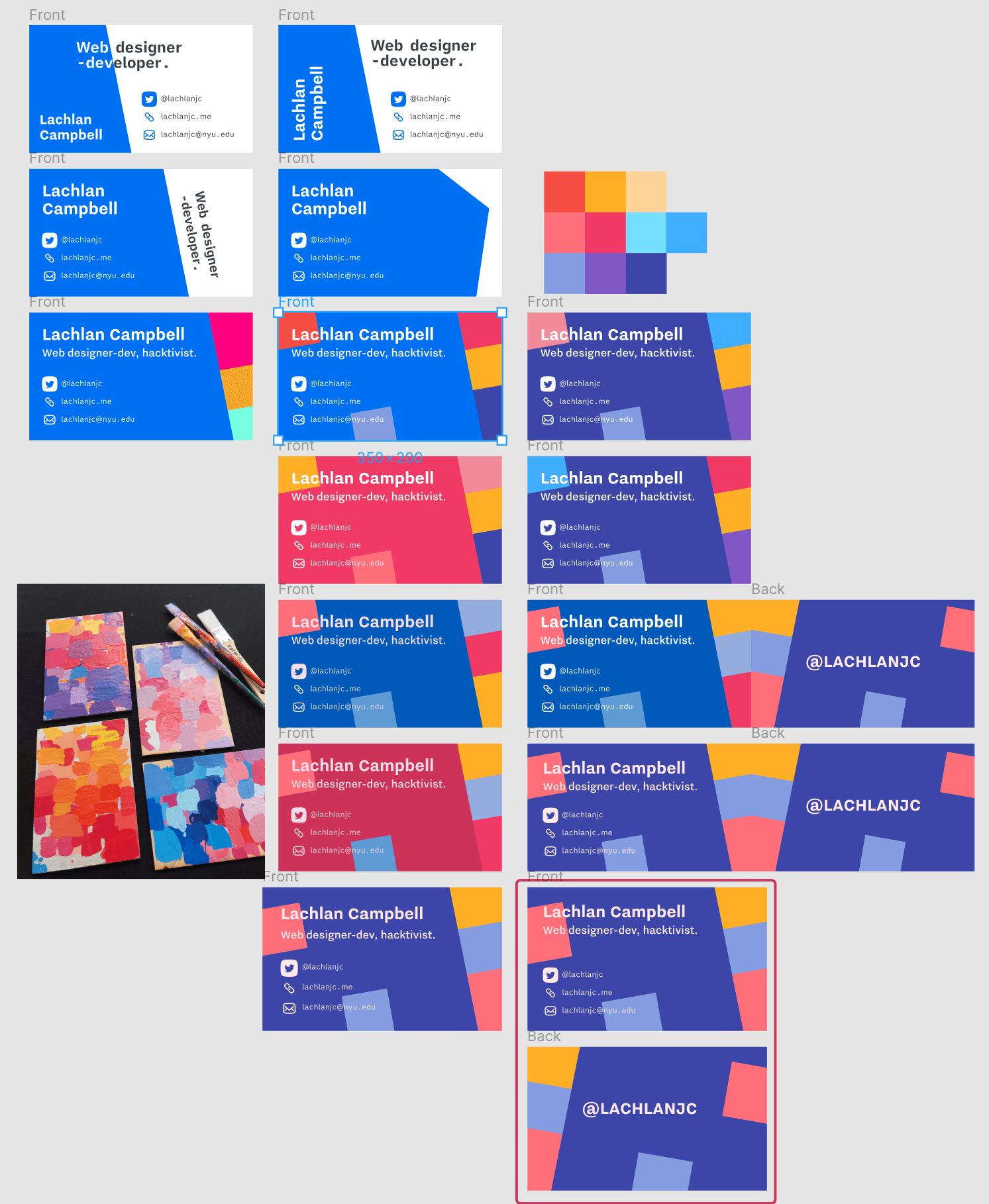 A brief aside on tools

I included references to 3 specific tools in the diagram:

We all know using the same writing software as our favorite writers, but I think tools do matter, and they influence your final product, even if they obviously don’t make it for you. Apple Notes is my favorite tool for early on in the creative process, but I end up writing in apps like iA Writer, assisted by apps like GoodNotes that help me think. (I also have a continually-updated list of my tools here, if you’re curious.) As Jon says:

The Steve Jobs quote about computers being ‘bicycles for the mind’ is so common as to lose meaning nowadays, but it’s a fantastic observation. Computers are extensions of ourselves; tools that let us work better, faster and smarter. Humans aren’t likely to spawn wings, dorsal fins or gain the powers of invisibility anytime soon, but in place of biological evolution, we have something more enticing: evolving ourselves through our machines. We can decide how we want our mental capabilities to evolve and steward that change ourselves.

Divergence & convergence is a powerful way of thinking about the creative process, that personally I’ve found remarkably influential. Everything kind of sits in my brain over the course of a few days, weeks, or months, with variable levels of intensity. At first, the divergences are tiny, happening subconsciously & in the background. When I sit down with an idea, they become much larger. Over time, developing ideas and working on projects, more divergence happens as I explore the scope & initial development. Then, through the final stretches of working on a project, everything converges, & I eventually arrive at a final product I’m happy with. My creative process is incredibly nonlinear—things can look incredibly unfinished until very close to the end—but it’s how I work.

(Cross-posted from my IMA blog.)